With thanks to Phil VK3VB for this case study

Early March 2020 saw me working from home due to COVID-19.  This led to re-establishment of the long-neglected shack, which was also the home-office.  First, the digital modes were re-established with DSTAR, DMR and NXDN along with the standard 2m/70cm FM.

Over the past few years, my HF operation has been mobile or portable due to the extreme noise levels at home. I have been at this QTH for 20 years; over this time the noise levels have just continued to rise. I only have myself to blame for the largest issue. At a stage when I was not active on HF, we installed solar panels with micro inverters on each panel.  The result when I tried HF again was full scale noise on all HF bands during daylight hours……

Initially, I decided that as I had to be at home I might as well be able to use HF at night, leading to the installation of a few wire antennas for HF. Naturally, I then decided to have a look during day light hours, but the result was as expected with no luck hearing through the noise. I could have CW contacts on 40m through the noise using the narrowest DSP BPF on the aging FT897D  – more on that later. Running WSPR on various bands confirmed the antennas were radiating reasonably well.

When Victoria went into lockdown for the second time, I decided to try out a phase noise canceller and ordered an assembled kit from VK5TM.

An assembled kit without knobs or case delivered for $100 is exceptional value. I went the assembled route as I did not want to be scratching around for parts during lockdown. Scouring the parts boxes, I was able to find a diecast box, and plugs sockets and switches required to complete the kit. There is no VOX circuitry in the kit, so you are required to make connection from the TX ground on your HF set to ensure you don’t feed RF where you shouldn’t and damage the noise canceller.

To complete the kit, I had to supply a socket for the PTT sensing, install a transmit led and power led, a socket for the sense antenna, sockets for antenna in and transceiver, 12 volt socket and three knobs. 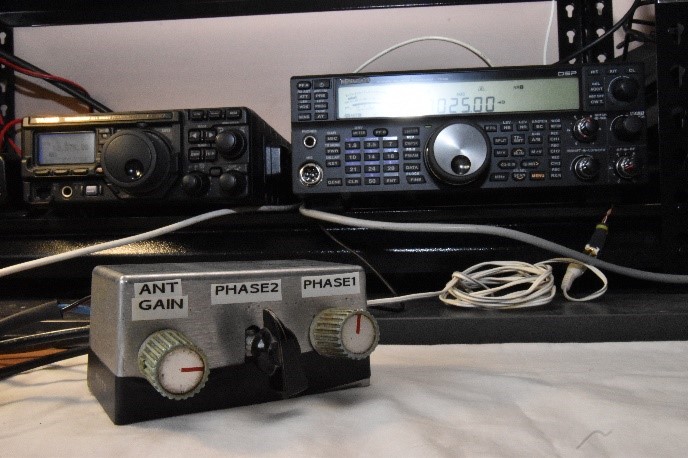 There are three controls – main antenna gain, phase 1 and phase 2. Tuning is a matter of placing all three at mid-point, then adjusting, starting with phase 2 to eliminate noise.

Keeping it really simple, the theory of these devices is that you supply noise from a noise sense antenna and match this at 180 degrees out of phase with the noise on the main antenna to cancel the desired noise source.

I’m going to say it – this thing just works! Once I had the noise canceller connected to the transceiver, I initially connected a small telescopic antenna to the noise sense and had minimal results.  As I have two HF antennas, I connected the dipole as the main antenna and the sloper as the noise sense. I was able to null out noise and copy signals quite easily. An added bonus to doing this is, provided both antennas can receive noise, you can reduce some band noise on 80m at night! 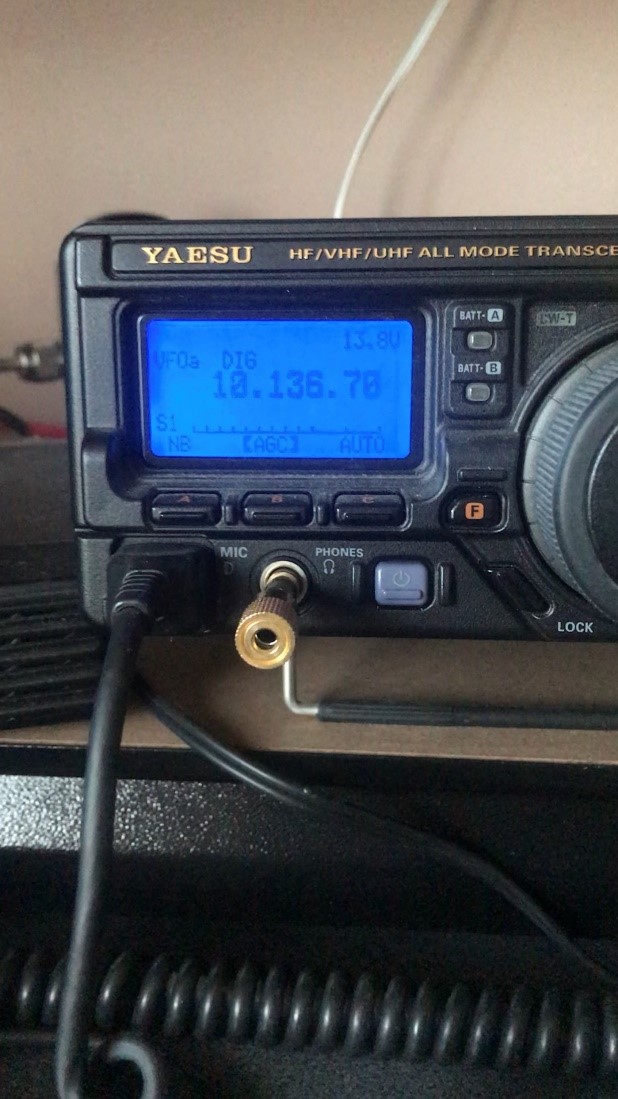 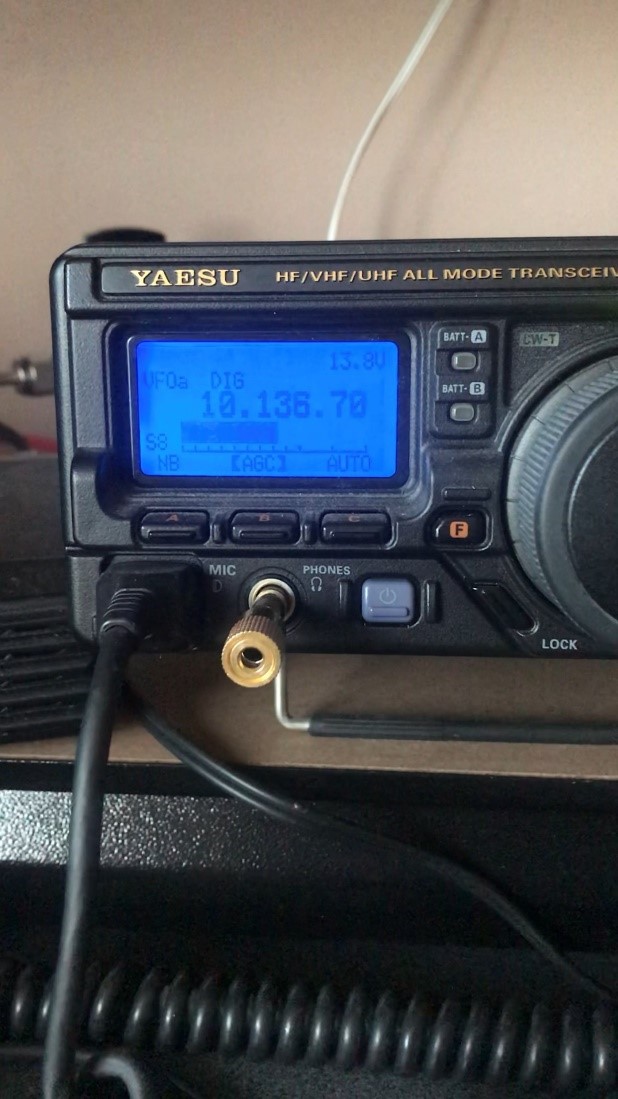 The pictures above show the reduction I was able to get on 10MHz. These were taken in August at 4:30pm, so there would not have been full sun on the solar panels at this stage, but you can see that the noise has been reduced from S8 to S1. There will also have been a reduction in the wanted signal – but if I can copy the station, that is a win to me! For this the noise antenna was a few meters of wire lying in the roof that is directly under the solar panels.

My goal was to reduce the solar noise though, so I crawled up in the roof space and put an antenna right underneath the tiles where the solar panels are.  I should highlight that on the manufacturers website he clearly states that the canceller circuit is not a cure for broadband, multiple noise sources. If you are experiencing this sort of interference, you should probably be looking more towards DSP noise cancelling techniques. My noise definitely falls into this category and I purchased the canceller to see if would be useful in some conditions, not expecting it in any way to be the solution in every situation.

The canceller has three controls, gain for the transmit antenna and two phase controls. As I write this, the noise on 20m is 30 over S9 without the canceller. If I turn the canceller off, fully reduce the gain on transmit antenna the noise just from sense antenna is showing 10db over 9.  (need to include here that probably too much from noise antenna and need to add gain control). The canceller is “peaky” to adjust, but I can reduce the noise down to about S3. As I become more adept at this maybe I will be able to adjust it further. You will want to tune by ear, while also watching the S meter. This is because by the time the s meter drops you will find you have gone past the dip most of the time.

On 40m I can remove the noise down to the normal noise floor. Even when the noise seems relatively low, using the noise canceller was the difference when listening on WSPR between hearing 5 or 6 stations or hearing nothing.

My particular noise changes during the day. There is a pulsing noise as the inverters fire up at the start of the day, unrelenting noise during the day, and pulsing as the sun disappears. What I now realise since using the canceller is the noise is actually varying during the day depending on cloud cover. This means that I do have re-tune the noise canceller now and then as the noise has changed.  Even though to the ear the noise sounds the same every day, I have noticed that I can remove the noise very effectively on a cloudy day yet do not get as good a result on a sunny day. On some days I change bands and either have to make no changes to the controls, or very minor. On other days a full retune is required.

While becoming familiar with the noise canceller I had the loan of a Kenwood TS590s in the shack. What I noticed immediately was that the Kenwood was not nearly as impacted by the noise as the FT897D. 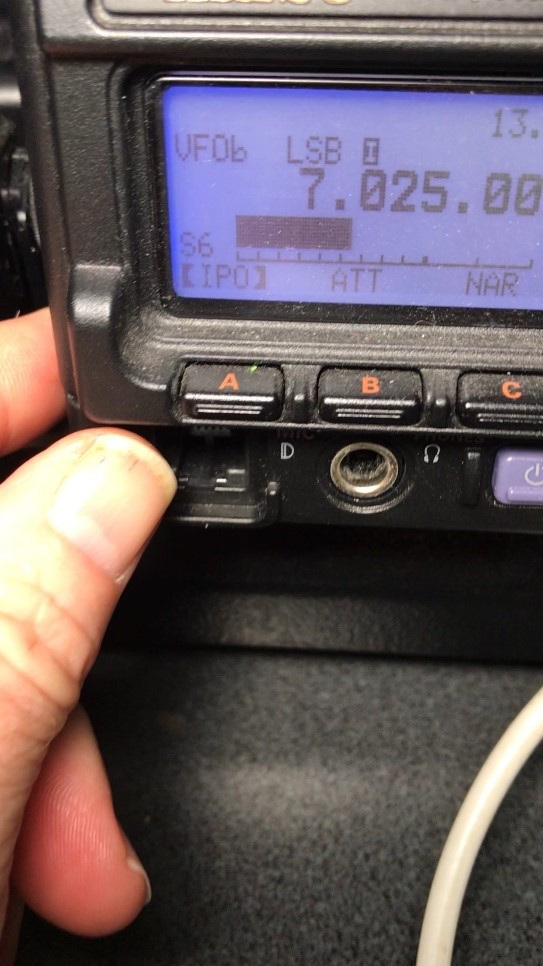 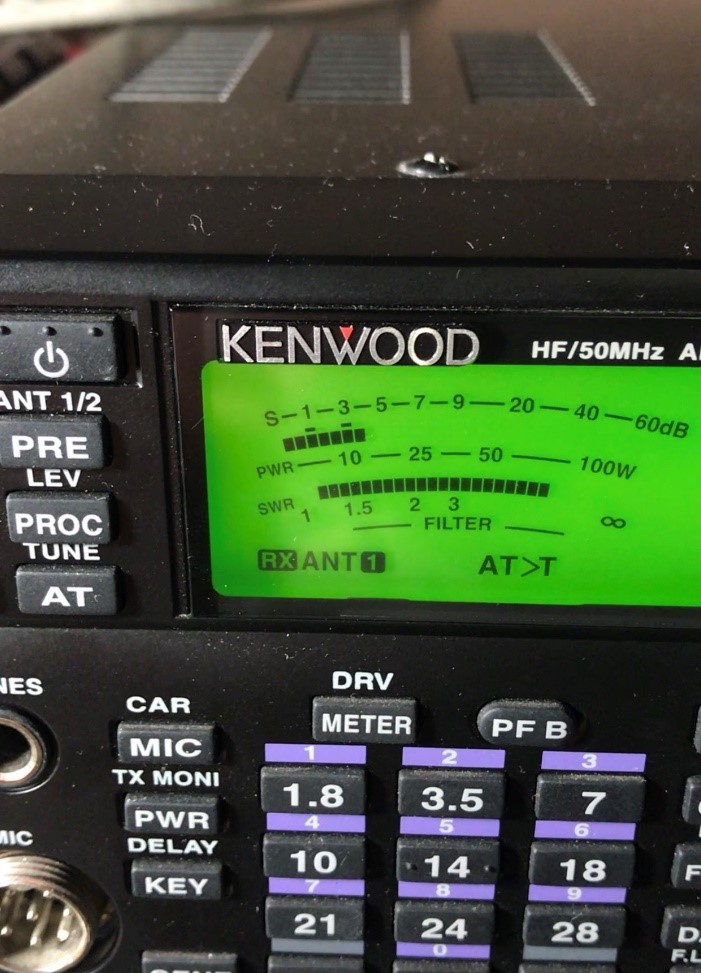 Setting the two radios up as closely as possible to each other (so no DSP or noise blankers, pre-amp off on the TS590s and IPO (Intercept Point Optimisation) off on FT897) the noise was S6 on the FT897D and S3-4 on the Kenwood. That is the numbers, reality was that 40m was useable on the Kenwood without the noise canceller.

One of the key outcomes from this exercise as been to use all the tools you have available. I swap between the dipole and sloper to see which antenna has lowest noise and use that as the receive antenna. If I can copy the station without the noise canceller I check and see which gives the most comfortable result. When the sun is coming up or going down the inverters tend to create a horrific pulsing noise. The noise blanker on the Kenwood removes that nearly totally, whereas the FT897 makes no change when you turn it on or off. When I have the noise canceller in line I do turn it on and off to see whether the noise has changed and receive quality is better with or without the canceller.

Another lesson learned is I do not worry so much about the strength of the signal or the noise, but concentrate on the comfort and readability of the station. As I write this, I am listening to the 160m morning net. Without the noise canceller in line I just have noise over S9. A quick adjustment of phase 1 and phase 2 and I am now enjoying listening to the net. The “antenna gain” is certainly not at maximum, but for me it is about the “readability five” and not the “strength nine”.

So, to summarise I can now listen to the 160m morning net, tune around 40m whenever I want and work strong stations on 20m. I can not remove the noise totally on 20m in the middle of the day, but when just plugging a short coax patch cable into the back of the rig give at least an S6 noise, I would not expect to…. I think as I get more adept at adjusting the unit, I will get a better result. I do feel at some times that there is too much noise being detected from the noise antenna, and at other times not enough so I may have to install some more noise sense antennas, or investigate a gain control for adjustment of the noise sense signal.

The combination of the noise canceller, using receive antennas and a more effective receiver has enabled me to get back on HF during the day.  I previously felt that having a solar installer put ferrites around the micro inverters  would result in a workable solution. (there are some great articles on www.qrmguru on reducing noise on solar installations).