Thanks Roy VK3GB for this somewhat left-field story about interference.

Some years ago I moved house and as normal spent the first year renovating and redesigning the garden. Why so you long you may ask? I was laying 120 radials ready for my Butternut HF2 vertical. Once erected you could only see the vertical in the centre of the garden.

Not long after setting up my radio shack, some renters down the road moved out. My wife commented they hadn’t been there very long…. and we thought nothing more of it.

My immediate neighbours were first class and permitted me to run radials along their rear fence line. They had both been in my shack and watched me operate. I told them if they ever had any interference to their TV or radio they were to tell me, as sitting here in the shack I would be unaware of any problems.

I had a TL922 amp by Kenwood and would regularly use my full 400 watts when chasing DX. For a short while I held a licence to run 1kW and never had any problems with my own TV.

One night several years after moving in, I set about trying to tune my 80 metre Doublet which ran over the top of the house for use on 160 metres. I had strapped the balanced feeder together and was using it as a Marconi top loaded vertical.

All appeared to be in order, so I commenced calling CQ. Within minutes a neighbour was at my door, red in the face, steam coming out of her ears shouting, “I have had enough of this! We cannot watch our TV!” 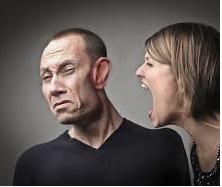 Thinking this was something to do with my new 160 metre antenna, I asked how long the interference been going on. I was expecting something along the lines of “for the last 20 minutes”. To my surprise, she retorted “for years!”

Thinking this to be a slight exaggeration, I apologised and said I would not transmit any longer and would visit their house the following day.

I went back into the shack and returned to my normal 40 metre operations for the rest of the evening.

The next day I visited the neighbour and was talking to her husband, when the wife came out of another room screaming at me, saying I was a liar! Apparently I had caused more interference on 40m as well the previous evening. The husband tried his best to calm her down. I explained I had been to both my immediate neighbours and they reported no interference.

I asked them to de 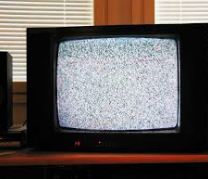 scribe the problems they were experiencing. The TV loses all picture with only noise coming though. They pull out the TV antenna and it makes no difference! They put in a DVD to watch a film and I completely wipes that out! Their children have computers in their bedrooms and my signals come out of their computer speakers! They have a radio in the kitchen and I come over that. By this time I am really embarrassed and lost for words. Which was made worse when I asked how long has this been going on? He said “YEARS!”

Clearly there was something very seriously wrong. Initially I was stumped… surely, this couldn’t be radiated RF from my antenna. Whilst walking back home I realised they were the third house from my house.

That’s it! We are on the same electric phase. What about the third house going the other way? Well, that was the house my wife had noted where the renters never stay long! A pattern was developing…

Maybe this was an earthing problem. So, I set about first checking my house earthing system……… 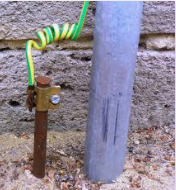 Clambering under the house, I found the old iron water pipe all rusted with an earth wire strapped to it. This was lying on the sub floor soil as it had been replaced with a plastic water pipe!

I installed two new 1.5 metre steel copper coated earth stakes and ran 8mm earth wire back to the board. I telephoned the problem house and whilst on the phone ran 400 watts on 40 metres……Not a flicker of a problem. I explained the problem to the complainant, who, it turns out, was an electrician!

You may be thinking, did I go to the renter’s house and asked if they had experienced any television interference. You can bet your last dollar, I did not.

Nice one Roy! Thanks again..  a good left-field story from the field